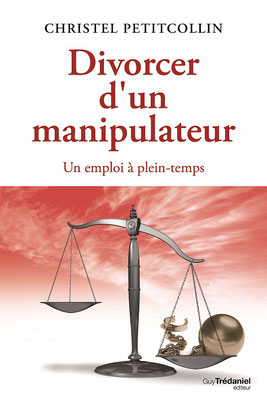 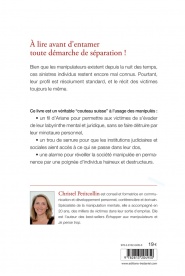 A must-read before starting any separation procedure

Though manipulators have existed since time immemorial, I am always surprised at how poorly known these malevolent individuals are.

- poorly known to the general public living with them daily,

- poorly known to the institutions whose judicial system is cluttered by them.

- poorly known to doctors and psychologists whose offices are saturated by their victims' complaints.

- poorly known to their own victims, who usually wake up too late, when the trap has already closed on them.

Yet, the profile of manipulators is the grim standard, and the story of the victims is always the same. Witness to all that happens behind closed doors; I decided to make available to all, the material collected over twenty years of practice.

This book is, therefore:

- a Golden thread to allow victims to escape from the mental and legal maze without having their personal Minotaur destroyed,

- a keyhole to enable legal and social authorities to have access to what is happening behind their backs,

- an alarm to wake society from its manipulation and indoctrination by a handful of hateful and destructive individuals.

For the moment, this book is not available in English